by on 09 May 2022. Filed under Blog, Cyber Security, Opinion and Expert Views, Security awareness 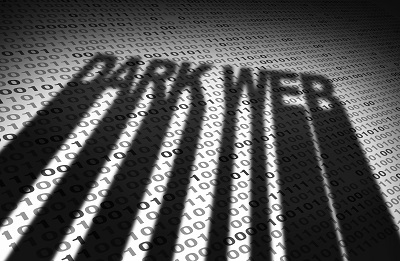 Firstly, let’s get familiar with the terminologies:

Tor – The Gateway to the Dark Web

The dark web can only be accessed through a network such as Tor, an acronym for ‘The Onion Router’.

Tor was developed in the mid-1990s at the U.S Naval Research Laboratory to protect U.S intelligence communications online. This was done in response to the lack of security on the internet at the time.  However, in today’s age, Tor is open source and widely used for both legitimate and non-legitimate reasons to access both the surface web and the dark web.

Applications such as Tor encrypt data sent to and from your device, hiding the contents of your internet traffic.

What does Tor Do?

It depends on your location and what you use it for. Some authoritarian countries like China, Iran, Russia, Saudi Arabia and Venezuela have either banned or are in the process of banning Tor. But in most of the rest of the world, including the UK, Tor is legal.

Tor can be used for many legitimate reasons including security, legal and human rights research; whistleblowing, democracy activism (it was used by organisers of the Arab Spring to avoid state censorship), or by law abiding citizens who have legitimate concerns about their online privacy.

However, it also has a reputation as a tool for criminals who use it for a range of unlawful activities from drug trafficking and money laundering to hosting explicit and abusive content.  This means that simply connecting to the Tor network alone might be enough to raise eyebrows and draw unwanted attention. Remember that your internet service provider and government agencies can still see that you’re using Tor.

How does Tor Keep My Browsing Private?

When you use an application such as Tor, you send your traffic through three random servers (also known as relays) in the Tor network. The last relay in the circuit (the “exit relay”) then sends the traffic out onto the public Internet. Nodes (servers) and exit nodes are operated by random individuals as opposed to regular servers that are run by legitimate communities or companies.

Are There Any Legitimate Uses for the Dark Web?

There are some legitimate uses for the dark web. Tor is typically used by human rights and democracy activists and is a valuable tool in avoiding surveillance.  However, it’s always worth noting that:

What Specific Actions on the Dark Web could put my Data and Systems at Risk?

So, how do Tor and a VPN compare? Well with Tor, due to the absence of a direct connection between the client and online service, it is significantly slower to use than a VPN.

When you use Tor, your traffic goes through three nodes in the Tor network. Consequently, it takes significantly longer to load a resource in your web browser, especially if those three nodes are spread randomly across the world. Think about it, let’s say you browse to bing.com via Tor, you are sending your request to access that site via three random computers.  This has a huge impact on latency or how fast the website loads.

When you use a VPN, you’re typically connecting to a single server and then ‘traversing’ all of your internet activity via that server. Hence website loading time is faster than via Tor.

Some other differences include:

What are the Risks of Using Tor?

You need to know what you’re doing and understand the risks if you’re going to consider using Tor. Can you really trust content on servers that are operated by random individuals anywhere in the world? Typical risks include malware infections, exposure to hackers and illegal content and activities.

Are There Safer Ways for me to Remain Anonymous while Browsing?

The best option is to use a paid VPN from a legitimate provider such as NordVPN, or another service which doesn’t collect data about their users. It’s a good solution to protect your identity when browsing the Internet in coffee shops, airports or on public WiFi. Nord’s website states that independent auditors have confirmed their no-log VPN policy. The general rule of thumb is to avoid free VPN providers, and those that do not have a good reputation.

How do I Know if my Data is on the Dark Web?

Sign up to a dark web monitoring service for notification if your private data is being traded on the dark web. Examples include Aura and Norton LifeLock to name a few.

Jake’s Tips for Home Users on Staying Safe Online Without the Need for Tor:

Using Tor to get on the dark web can be an important privacy tool for human rights activists, journalists and whistle-blowers. However, it’s also a marketplace for illicit activities. The average user who is concerned about their online privacy is better off following basic privacy precautions rather than dabbling in Tor.