We take a quick look at the latest findings released by PwC following the analysis the 2012 Information Security Breaches survey. The survey Of over 400 UK businesses has shown that the number of large organisations being hacked continues to surge and is at record levels. Successful hack attempts can be a great expense, and overall costs UK businesses billions of pounds per year. 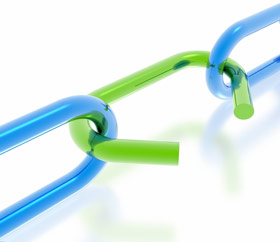 Data from the survey shows that an alarming 7 out of 10 businesses over the last year have reported network attacks of some type, and 1 in 7 large businesses have reported hacking activity. The number of attempted attacks on large organisations was on average 54 attacks, which is a doubling since 2010. Furthermore, 15% of organisations had their networks successfully penetrated.

Typical cost to a small business for getting their systems broken into is £15-30K, and for a large business is £110-250K. With more data sharing occurring across the supply chain this can make for uncomfortable reading.

One of the problems for small businesses is in having the proper controls to prevent the more sophistcated and damaging attacks. This is an area tha Intersys® can assist in providing affordable strategies for business security, risk minimisation, hardware, software, and backup systems. The survey makes a few other points worth taking seriously:

&#8226 The cost of dealing with breaches and of the knee-jerk responses afterwards usually outweighs the cost of prevention.

&#8226 Most serious security breaches result from failings in a combination of people, process and technology; it’s important to invest in all aspects.

&#8226 Organisations are struggling to target their security expenditure.

&#8226 Security controls are lagging behind the rate of technology adoption.

Unsurprisingly the number of attacks and breaches is predicted to keep rising as companies continue to open up their systems to smart phone and tablet users, and use social networks.

Microsoft Office 365 is a secure and powerful IT solution for businesses of all sizes. It is offered as a monthly subscription on a per-user basis. It gives you anywhere access to email and calendars, Office Web Apps, web conferencing, file sharing and more.

Easy to setup and use

Get in touch with us today to find out how Microsoft Office 365 can improve you productivity.